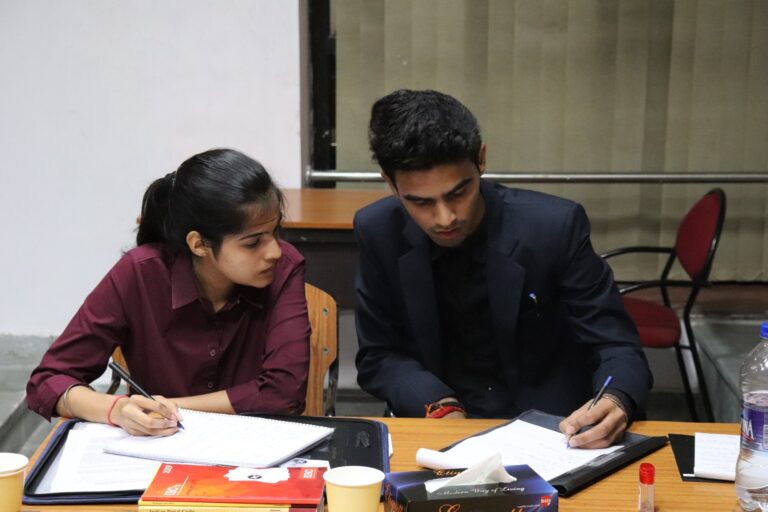 The Negotiation & Mediation segment of CLINEME involves sessions where two mediators and four negotiators are placed in a room to settle a dispute based on a fictional role play. The Negotiating teams are comprised of two members, each representing the requesting and responding party in the Preliminary Rounds. The mediators are individual participants who have to facilitate the meeting between the two Negotiating parties. The first eight Negotiator pairs and eight Mediators, ranked on their overall scores proceed to the Advanced Rounds, where the mode of progression becomes absolute scores deciding a win or a loss for a team.